Every so often a dramatic story, a gifted writer and a truly decent human as the main character come together. For a boutique publisher, one couldn’t ask for a better opportunity than to publish the journey of an unknown, walk-on college quarterback named Bram Kohlhausen.

Remember the Alamo Bowl was the result of three years of planning and hard cerebral labor by my former newspaper colleague, Jim Reeves. His skill as an interviewer, Bram’s amazing recall of detail and the outpouring of cooperation from the Kohlhausen family brought my boutique press’s finest, and certainly most gripping, book to life. (Are you listening Hollywood?)

His father had just died, his best friend on the team - the Heisman-nominated QB - was jailed for punching a San Antonio cop and Bram had never started in a four-year college game. Behind 31-0 against the Oregon Ducks, Bram and his Horned Frogs won the bowl game in the third overime. It's considered one of college football's most exciting games.

“Even readers who have no affiliation with TCU will find themselves caught up in this tale of triumph. A deeply reportejpourneyd and well-told account of a legendary day on the gridiron.” – Kirkus Reviews

“Now that Jim Reeves has written a book about the 2016 Alamo Bowl, the astounding result of that game has become official. It deserved nothing less.” – Chuck Culpepper, Washington Post

“Reeves is the consummate journalist who will chase a story until it gives up. His work ethic shines through in Remember the Alamo Bowl.” – Jim Dent, author of Twelve Mighty Orphans: The Inspiring True Story of the Mighty Mites Who Ruled Texas Football and The Junction Boys: How Ten Days in Hell with Bear Bryant Forged a Championship Team

“A candid and poignant true life parable of one young man's winding journey from unfilled promises to a moment of magical destiny. A beautiful, uplifting story, so very well told...” –Carlton Stowers, two-time Edgar winner and author of Staubach: Portrait of the Brightest Star

“In Remember the Alamo Bowl, author Jim Reeves captures the excitement, the emotion, the depths of loss and the pinnacle of redemption in this riveting account of Kohlhausen’s one last chance.” –Marjorie Herrera Lewis, author of When the Men Were Gone, a novel based on the Texan who became the first woman to coach a men’s college football team.

(The Frogs Today podcast interview with Jim and Bram starts at 24:35) 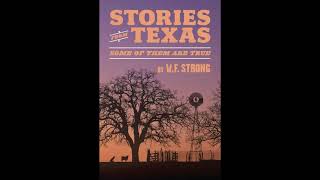